Ms. Ermarie A. Mondejar “Ems”, DAP Vice President/ Managing Director for Conference Center lectured on Module 1 and 2 on the first day. She touched on Planning and Marketing the Training Centre. She presented significant concepts and practices on planning and marketing strategies.

For her part, Ms. Pag-asa Lubag-Dogelio “Page” DAP Program Officer for Conference Center lectured on Module 3 and 4 tackled on Managing the Training Centre and Best Practices. She elucidated the principles and practices of Management of Learning and Facility Management and its processes.

Both resource persons and the facilitators were from the Development Academy of the Philippines (DAP) an institution expert on administrative concepts, organizational management among others. Ms. Theresa Sarona (Maam Inday) from PAHRODF was also present to oversee the flow of activities.

In a bid to acquire more relevant knowledge through in-depth inquiry and observation, the BLMI Trainees made a benchmarking visit to different Training sites in Davao city and Tagaytay City. The first three (3) site visits were in Davao city on March 23 at Brokenshire Alumni Foundation Inc. Another benchmarking visit was in Mindanao Training Resource Centre (MTRC) and Davao Episcopal Training Centre.

On March 26, the BLMI Trainees took an extra mile travel to Tagaytay City where DAP Training Centre and other sites are located. The trainees were warmly welcomed by DAP Officials during their courtesy call and spent their remaining days from March 26-28 at DAP Training Center by making an ocular tour on DAP Conference Centre facilities and engaged in cordial inquiry with its different units’ heads related to administrative and management of DAP Training and Conference Centre. 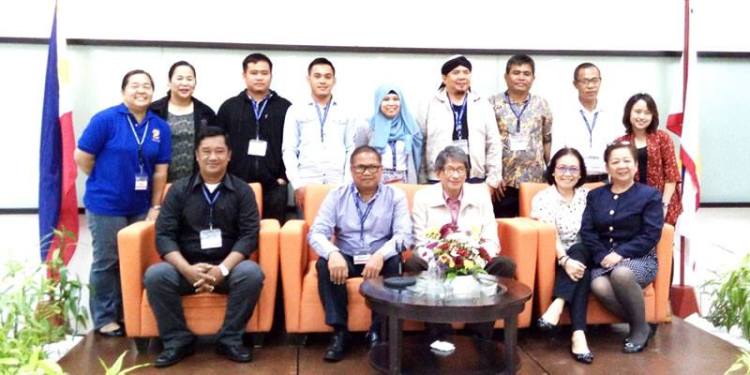 Dr. Kalaw said that it was a strange to him that his first assignment as DAP executive in 2006 was to help the BLMI getting developed, so BLMI is no longer new to him.

The last Benchmarking visit was made on March 28 at Helena Z. Benitez National Program and Training Centre also in Tagaytay along Calamaba Road. The BLMI Trainees were welcomed by the Administrator and had a conversation and tour of its training facilities.

In his culminating message, Sheikh Ahmad expressed his profoundest gratitude to the Australian Department of Foreign Affairs and Trade (DFAT) through PAHRODF and Maam Inday for the technical assistance extended to BLMI. He also thanked the DAP management, the resource speakers and facilitators who provided viable skills and valuable inputs to BLMI trainees that can be applied in managing the BLMI Training Center.

Mr. Alan S. Cajes, DAP Managing Director and Maam Inday of PAHRODF also expressed their respective message of appreciation to BLMI Management and Trainees for having a high passion of updating to new knowledge and openness to new learning environment for the betterment of BLMI and the Bangsamoro as a whole.

This site uses Akismet to reduce spam. Learn how your comment data is processed.